We are just a few days away from Apple’s next big event — the company’s 2022 September Apple Event — which will see the debut of the iPhone 14 (that’s what we are calling it until Apple does), the Apple Watch 8, and the AirPods Pro 2. In preparation for today’s event, we have put together this roundup of everything you need to know about Apple’s live event!

The Apple event, where we anticipate seeing the iPhone 14 range, Apple Watch 8, Apple Watch 8 Pro, Apple Watch SE 2, and maybe the AirPods Pro 2 unveiled, is now only hours away. Given the number of new items being introduced, this might be one of the greatest Apple events in recent memory.

According to the current speculations and leaks, we can anticipate everything from small adjustments for the regular iPhone 14 to significant improvements for the iPhone 14 Pro series. Consider a new 48MP camera, an always-on display, a notch-free phone, and more.

The AirPods Pro 2, which are on our list of the finest wireless earbuds, are expected to be a considerable improvement over the already outstanding AirPods Pro. We may also see a new Apple Watch model designed for robust outdoor use.

The iPhone 14 and other Apple goods will likely be the subject of several last-minute leaks and rumours in the interim.

In light of this, we’ll be updating our live blog in the lead-up to the event with all the most recent information and analyzing the data we have so far.

The basic iPhone 14 isn’t anticipated to significantly differ from the iPhone 13 in terms of features, but it is anticipated to do away with the tiny model in favor of a bigger 6.7-inch iPhone 14 Max or iPhone 14 Plus. Additionally, a 90Hz refresh rate display could be included.

With some noteworthy improvements and modifications over the iPhone 13 Pro models, Apple’s Pro phones are poised to steal the show. Apple is expected to eliminate the notch with a new pill-shaped camera cutout, a 48-megapixel primary camera, a powerful A16 processor, and an always-on display.

The next-generation Apple Watch is expected to be an evolution rather than a revolution.

With capabilities like the ability to assess the body and skin temperature and a long-lasting, low-power mode, we anticipate a design that is comparable to the Apple Watch 7.

Apple is said to produce a tough smartwatch version for usage in outdoors. A smartwatch that can withstand abuse may include the biggest display ever, titanium construction, and an additional button.

The next AirPods Pro is expected to have improved audio and active noise reduction in addition to a redesigned design. Additionally, a brand-new charging case could include a built-in speaker and Find My features.

HOW TO WATCH THE APPLE EVENT

You can watch the Apple event live on Apple.com and YouTube when Tim Cook enters the stage.

It appears that you won’t be purchasing any Apple products for the time being, at least not from the main online shop as it is down. Apple’s response was straightforward: “Updates are being made to the Apple Store. Please return shortly.”

Now, it doesn’t take a genius to figure out that Apple is almost surely going to add new goods to the shop ready to go on sale or be available for pre-order following the Apple event.

The fact that you should not get an iPhone 13 today is one thing that, in my opinion, is not speculative. Despite the upcoming release of the iPhone 14, Apple now sells the iPhone 13 line at full price.

So, you should hold off until you see what the iPhone 14 range has to offer and whether the iPhone 13 models will be marked down once the new phones go on sale.

Far Out might, of course, also relate to the Apple Watch Pro, which, as we’ve already noted, could be a tougher, more durable version of the Apple Watch 8 that is intended to be used in rough environments.

Given that conventional timepieces have always been associated with exalted titles, like the Omega Spacemaster, perhaps Apple is going for the same vibe with Far Out. The thought is that the Apple Watch Pro is made to function in such extreme environments that it could theoretically be transported into space.

Even though the Apple event is only a few hours away, I’m still considering what will be “Far Out” about Cupertino’s display. Sometimes waiting may be the toughest thing.

The so-called iPhone 14 Max or iPhone 14 Plus is one phone that has attracted a lot of interest over the past few months. It is anticipated to have a 6.7-inch display, similar to the iPhone Max but without the higher price tag of $1000 or more. 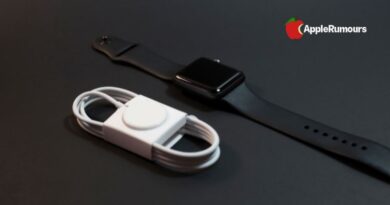 How to use Walkie Talkie on Apple Watch