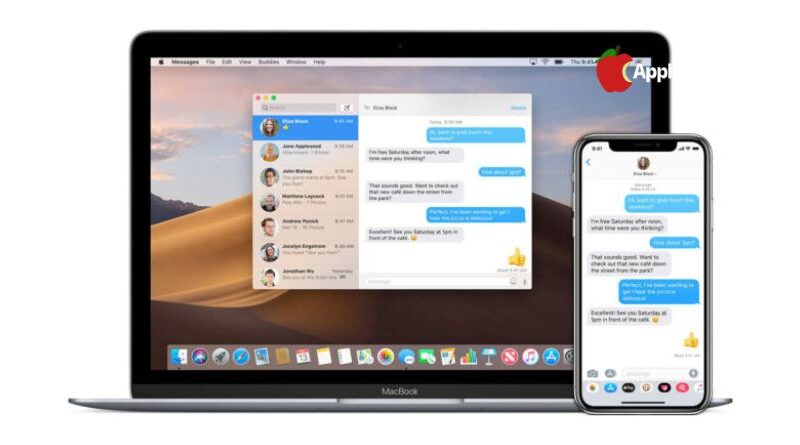 On both Windows and Android, people are actively looking for methods to utilise iMessage. You kind of can. However, it is not practical and is a waste of resources. The fact remains that iMessage can only be used on Apple products, including the iPhone, iPad, iPod touch, Apple Watch, and Mac. iMessage is not officially supported on any other platform, in contrast to Apple Music and Apple TV+.

However, there are a few solutions, such as Beeper. Let me elaborate on these for you. And provide reasons why acquiring iMessage for Windows or Android is not worth your time or money.

Getting iMessage on Windows PC

Utilizing emulators and simulators is advised by a number of high-ranking Google Search pages, including iPadian.net, smartface.io, and others. To be honest, the most of them are essentially worthless for the task. Buy none of these services if you want to use iMessage on Windows. Both time and money are wasted on them.

‘iMessages is not supported by iPadian,’ iPadian has even gone so far as to state in large characters on its webpage. Even then, some publications support this while others criticise the simulator itself!

Let’s move on to the Chrome Remote Desktop plugin next. You may send, receive, and read iMessages from a Windows computer with this. However, I do not advise doing this either since it requires a Mac that must be turned on and connected to the internet at all times. Even the screen must be left on all the time!

If you are resolute and use this strategy, even a little misunderstanding or network outage will cause the remote connection to break. When we tried it in our workplace, even the screen was letter-boxed to a lower size. In other words, it is possible but not practical. Use of any other remote desktop client will result in the same issues and restrictions.

Getting iMessage on Android

On Android smartphones, iMessage cannot function properly. The issues are really virtually identical to those with the Google Remote Desktop addon. However, the following apps enable iMessage on Android provided you’re prepared to have a Mac constantly on and connected to the internet.

It takes time to configure weMessage on a Mac (as a server) and an Android phone. To install this software on your Mac, you will need to make changes to your Security & Privacy settings since it isn’t offered via Apple’s official Mac App Store. Open it after it has been installed, then set it up as directed.

WeMessage and AirMessage both operate on the same principles. A Mac running Yosemite or a later version is required to serve as a server. Additionally, the phone must run Android Marshmallow or later and have the AirMessage software installed. An instructional video on their official website demonstrates how to set things up.

What about the Beeper app everyone is talking about?

Each of us makes use of many communications platforms. For instance, I use Slack for business, Twitter DMs for help, and WhatsApp for communication.

All of these well-known applications, including iMessage, are combined into Beeper, a $10 monthly membership service, allowing you to have a single inbox. All popular operating systems, including Windows, Android, and Linux, support it. 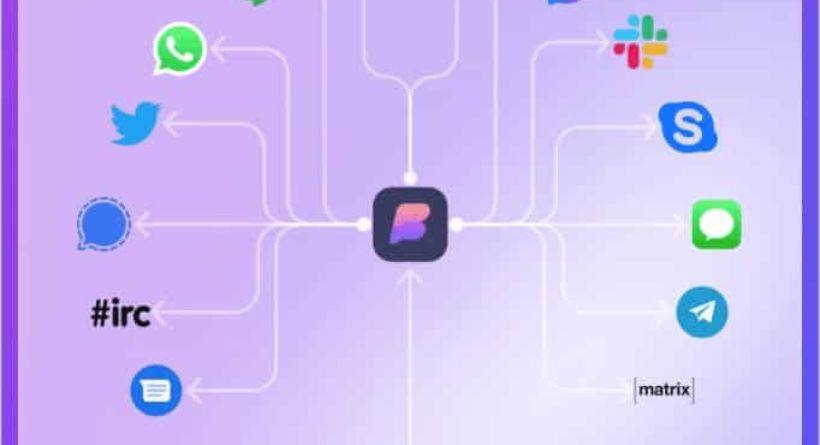 The simple line is that you can have iMessage on non-Apple systems by utilising Beeper. Here’s how they made it function:

Users of Android, Windows, and Linux can use iMessage with Beeper in one of two ways: either we send each user a jailbroken iPhone with the Beeper app installed, which acts as a bridge to iMessage, or they can install the Beeper Mac app, which also serves as a bridge, if they have a Mac that is always connected to the internet. 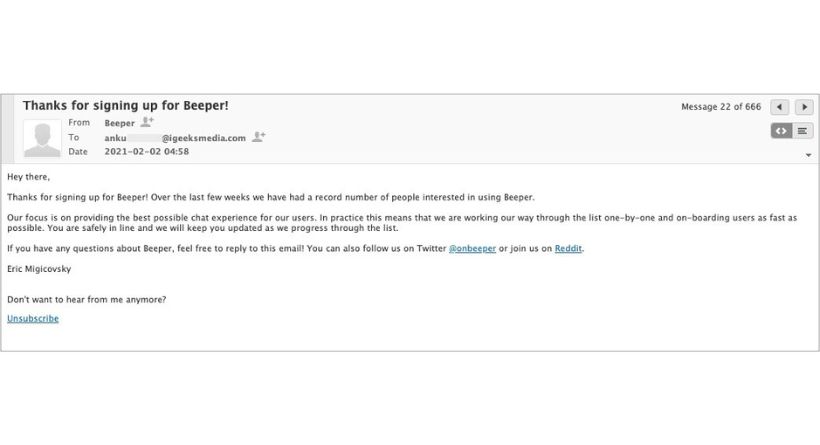 On February 2, 2021, I joined up for Beeper in order to get a thorough step-by-step tutorial and evaluation.

Three days later, I received a report. I would be able to lock my account in two weeks, and after that, we (those of us who finished the procedure) would be invited in groups of 100 to use the software.

It’s been around three weeks, which is regrettable. Beeper has not been in touch with me since. However, through following them and similar individuals on Twitter, I learned that they are making a lot of effort to protect secondhand iPhones so that users like me may use iMessage on Windows and Android.

You may start and join the line on the official website if you’re genuinely interested in trying out this premium service.

Your thoughts on iMessage for Windows and Android

I really hope that this little post guided you in the right direction. There are several top-notch instant messaging applications for Android that are just as good—and in some cases, even better—than iMessage! Check out our ranking of the top iMessage alternatives to learn more.

Second, Microsoft’s fantastic Your Phone app is a great option if you own an Android phone and a Windows PC. You may use it to send emails, make calls, control alerts, react to text messages, and more.

I finally had a suggestion. There are reasonably priced iPads and the wonderful iPhone SE 2020 if you want to board the blue bubble train. Additionally, group chatting via iMessage has been enhanced in iOS 14. Therefore, now would be an excellent moment to start using iMessage with friends and family if you’ve always wanted to.

How to fix airdrop not working on your iPhone, iPad, or Mac

How to recover deleted messages from Facebook’s Messenger app 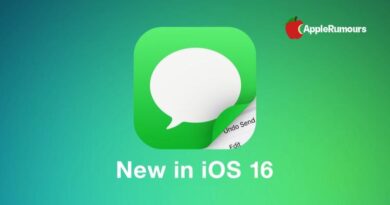 How to Edit a Sent iMessage in iOS 16